In a gathering out of the book of Joel on the National Mall in Washington, D.C., a prophetic word of warning to the nation went forth to America and the world.

On Saturday, Sept. 26, tens of thousands filled the National Mall for "The Return," the national and global day of prayer and repentance, to pray and intercede for America. The event, grounded on the sacred assemblies of the Bible, opened up with the sounding of the shofar and involved leaders of faith including Pat Robertson, Dr. James Dobson, Pat Boone, Nicky Cruz, Michele Bachmann, Michael W. Smith, Don Moen, Danny Gokey and many others. 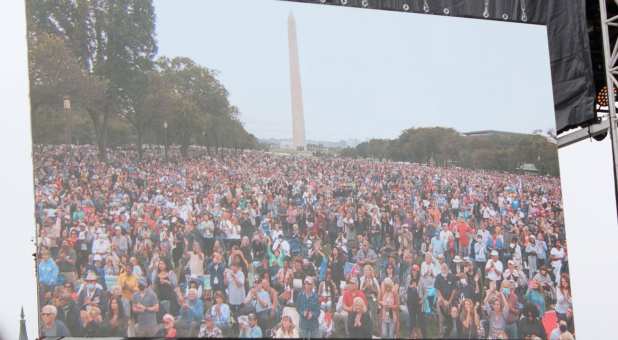 Beyond those gathered in the nation's capital, the event was watched and partaken of by over 12 million people in homes, churches, city-wide events and other gatherings throughout America and throughout the world, from Africa to Latin America, from Asia to the Mount of Olives. Still more viewed the event through special broadcasts and media platforms around the world as the word went in nearly 90 languages to more than 150 nations.

At 11 a.m., Jonathan Cahn took the stage to deliver the event's keynote address. It would be a prophetic word and warning. Standing to the right of a table on which stood a potter's jar, Cahn began the message by speaking of the prophet Jeremiah standing by the Valley of Hinnom with a potter's jar in his hand, about to give his nation a prophecy of coming judgment.

Cahn spoke of America's spiritual founding and the words of promise that were spoken at its inception—the vision John Winthrop gave to the new civilization and the prophetic warning of what would take place if America ever turned away from God. Cahn then recounted ancient Israel's fall from God—and then detailed how America has followed the same footsteps of spiritual departure and moral collapse:

Cahn then brought the ancient template of warning to the American present:

"We watch as the American flag lies burning in our streets, while another flag, that of the rainbow, is lifted up and celebrated as an emblem of pride. But the rainbow does not belong to man. The rainbow belongs to God. And it was not given as an emblem to the pride of man. It was given as a sign of the mercy of God—a mercy given in the face of judgment. But if we turn that sign of mercy against the one who gave it, then when the days of judgment come, what mercy will be left?" 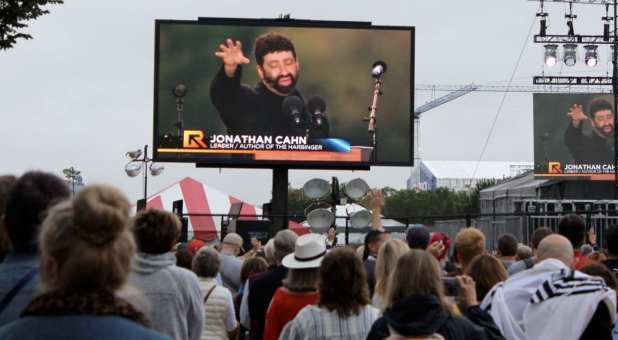 Cahn then addressed everything from Black Lives Matter to the passing of New York's abortion law of 2019. Then he moved to the harbingers of national judgment that appeared in the last days of ancient Israel that have eerily reappeared on American soil, the signs of judgment that Cahn detailed in his first book, The Harbinger. Cahn then revealed how the ancient template has continued to manifest and even pinpointed in advance that 2020 would be year of great shakings for the nation.

After addressing the Supreme Court, the United States Congress, America's pastors and spiritual leaders, Cahn then addressed the nation itself with what Isaiah spoke to ancient Israel on Mount Carmel, "How long will you waver between two opinions?"

It was then that Cahn lifted the potter's jar from its stand and displayed it before the gathering. And then, as he recited God's Word to Jeremiah to break the jar, he smashed it on the floor of the stage. The warning was clear: If America continues in its war against the ways of God, it will end in calamity. 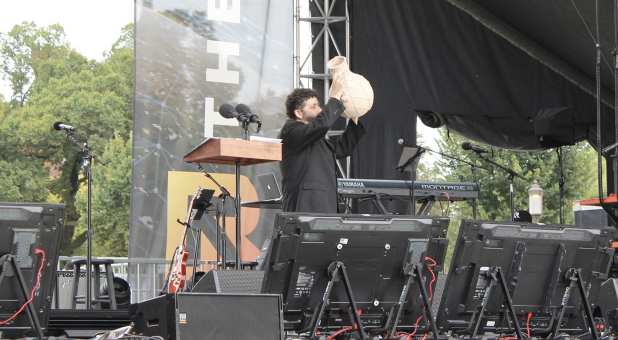 The message then turned to the answer and the hope for national redemption and personal salvation—and finally to the mystery that lay behind the day and the gathering itself and a prophecy concerning the last days.

The word and the prophetic act made an unforgettable impression on those standing on the National Mall, those watching it around America and those viewing it throughout the world, leaving many stunned, others in tears and others under a strong conviction to pray. Cahn then began to pray as thousands on the National Mall and millions around the nation and world fell down to their knees in prayer and intercession for God's mercy on America. 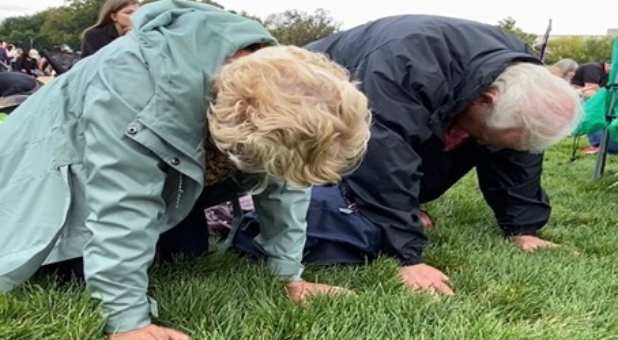 It was a moment that would be etched in the memories of all who experienced it—and a warning that would not be forgotten.