New research shows the ability to learn is more than building and strengthening connections. Even more important is a process called "synaptic pruning" - the purging of old neural connections or thoughts that aren't being used. Authors, Judah Pollack and Olivia Fox Cabane use a garden analogy to explain this.

"Imagine your brain is a garden, except instead of growing flowers, fruits, and vegetables, you grow synaptic connections between neurons...Glial cells are the gardeners of your brain...other glial cells are the waste removers, pulling up weeds, killing pests, raking up dead leaves...the synaptic connections that get used less get marked by a protein, C1q (as well as others). When the microglial cells detect that mark, they bond to the protein and destroy—or prune—the synapse."
In other words, your glial cells wash your brain, removing thoughts that are not being accessed. It's like your brain's recycling bin. It certainly gives the verse in Ephesians 5:26, "the washing with water through the word" a whole new significance. Two thousand years ago Paul was telling us that Scripture had the power to wash our brains - literally!

According to Pollack and Cabane: "Your brain cleans itself out when you sleep—your brain cells shrink by up to 60% to create space for your glial gardeners to remove the waste and prune the synapses."

What's fascinating is 10% of your brain works when you're awake, and 90% works when you're not. That's why sleep matters. Have you ever woken up thinking sharper than the night before? Your glial cells have been at work - clearing out all the trash. That's when we get most of our 'aha' moments.

Renewing of The Mind 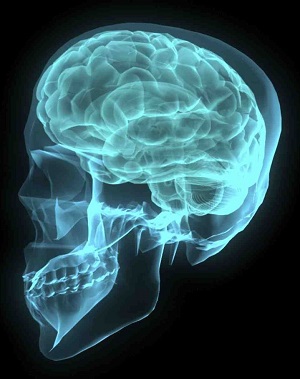 "Understanding the brain is so important in this battle. Men in sexual bondage go through a cycle of triggering, ritual and acting out. They can break this pattern by following the principles laid out in the Conquer Series. One of the things we tell men to do to prepare for the battle each night is: meditate on Scripture before bed. Why? Because God's word has the power to physically restructure our brain. Most of the conscious decisions we make will continue to operate on an unconscious level." - Dr. Ted Roberts

When we devote our time in Scripture before bed it empowers us to take every thought into captivity to Christ. And this new study proves this because you actually have some control over what your brain decides to delete while you sleep. According to Pollack and Cabane: "It's the synaptic connections you don't use that get marked for recycling. The ones you do use are the ones that get watered and oxygenated. So be mindful of what you're thinking about."

Neuroscientist, Dr. Tim Jennings, in the Conquer Series, takes the notion of mindfulness even further: "Incredibly, our beliefs, thoughts, behaviors...change our brain structure, ultimately changing who we are." This new research on neurogenesis not only corroborates Scripture, but is helping us understand the sanctification process that takes place in the brain. And this revelation can revolutionize the way we approach Romans 12:2 on renewing our mind.

"Incredibly, our beliefs, thoughts, behaviors...change our brain structure, ultimately changing who we are."