The churning, tempestuous world looks remarkably different than many imagine. This is undoubtedly true if you're an average American.

In the darkest corners of the Middle East there's a revival beginning that's unprecedented in the history of world missions. I've previously reflected on it here and here, but I wanted to take this amazing story further than before.

I hope that you'll journey with me as I explore unbelievable developments in the expansion of Christianity in the Middle East.

Reliable reports suggest more Muslims have become followers of Jesus over the last two decades than in Islam's combined 1,500-year history. Based on the accounts of several missiologists, it has been surmised that "more Muslims have committed to follow Christ in the last 10 years than in the last 15 centuries of Islam."[1] In spite of great difficulty and turmoil, Christianity is unquestionably expanding throughout Islamic world. God is up to something amazing in a region that many have thought was unreachable.

Rosenberg's Insights Into the Middle-Eastern Revival 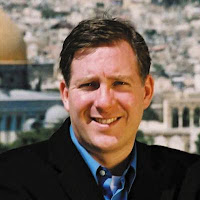 Joel Rosenberg, an evangelical researcher, author and resident of Israel has documented the recent upsurge of Christianity in the Middle-East. Through first-hand reconnaissance, coupled with reports from Arabic nationals, Rosenberg demonstrates that Christianity is rising rapidly in the world of Islam.

Admittedly some of the following statistics have shifted in the aftermath of the ISIS and other violent demonstrations against Christians. Those who follow Jesus have been slaughtered and have experienced severe persecution in this region. Nevertheless, Joel Rosenberg's observations provide a window into many amazing developments.

Some of the particulars can certainly be debated, but in many of the Mediterranean nations, Christianity is making extraordinary inroads. Though the subsequent conversion figures are impossible to confirm, even in their imprecision, they provide a snapshot of what's transpiring in the Middle East.

A number of reports suggest that increasing numbers of Christ-followers are emerging in the brutal, war-torn nation of Sudan. Here, in the Nile river valley—along the Islamic strongholds of Northern Africa—it is being noted that:

"One million Sudanese have turned to Christ since the year 2000—not in spite of persecution, war and genocide, but because of them ... the estimated total number of believers in the country is more than 5.5 million."[2]

Many are convinced that the great brutalities that this nation has encountered are becoming a catalyst for the expansion and growth of Christianity. Rather than inhibiting the church, the war is actually propelling it.

Pakistan is typically not identified as a nation experiencing a move of God, but apparently they're beginning to see one spark within their contentious borders. Christianity's Middle-Eastern expansion is particularly evident in this unexpected place. Rosenberg acknowledges that:

"Senior Pakistani Christian leaders tell me there is a 'conversion explosion' going on in their country.There are now an estimated 2.5 million to 3 million born-again Pakistani believers worshiping Jesus Christ. Whole towns and villages along the Afghan-Pakistani border are ... converting to Christianity."[3]

This Islamic country is not alone, many others in this region are having similar things take place.

Reliable reports suggest that there is also a great revival erupting in the land of Egypt. Rosenberg declares that, "Ministry leaders in Egypt estimate there are more than 2.5 million followers of Jesus Christ in their country. Many of these are Muslim converts."[4]

Undoubtedly, the severe persecutions and disruptions related to the "Arab Spring" have affected the lives of Christians throughout this nation, but the faithful have remained strong. Martyrdom invites outsiders to examine the claims of those willing to die for Jesus. It is believed that many amazing things are taking place in Egypt.

Surprisingly, the contentious nation of Iran is also beginning to encounter the rising flames of awakening. Violent Islamic Fundamentalism has not been able to impede the advancement of the gospel in this fierce Persian nation. Reflecting on this reality, Rosenberg writes,

"At the time of the Islamic Revolution in 1979, there were only about five hundred known Muslim converts to Jesus inside the country. By 2000, a survey of Christian demographic trends reported that there were two hundred twenty thousand Christians inside Iran, of which between four and twenty thousand were Muslim converts. And according to Iranian Christian leaders I interviewed, the number of Christ-followers inside their country shot dramatically higher between 2000 and 2008."[5]

Yes, you read that right. Christianity went from 500 people to 220,000 in 21 years. Contrary to what many Americans think, Christianity is quietly advancing behind the scenes in some of the most unlikely places around the globe.

Reports continue to come in. A strikingly similar stirring is also taking place in Saudi Arabia—unquestionably the epicenter of world Islam. One wouldn't expect the growth of Christianity in Mecca, but it is happening. Summarizing some of what he has heard, Joel Rosenberg reports that "Arab Christian leaders estimated there were more than one hundred thousand Saudi Muslim background believers in 2005, and they believe the numbers are even higher today."[6] Saudi Arabia is being quickened by the Spirit of the Lord. It seems to be positioned to experience significant growth in the decades to come.

Christianity is also quietly advancing in the turbulent nation of Iraq. Again, it needs to be noted that these numbers precede the vicious emergence of ISIS and the aftermath of the Arab Spring. Multitudes of Christians have been martyred since these figures were originally reported. Yet, even the fact that Muslims felt compelled to quell its advancement suggests that Christianity's influence has been growing.

"Before 2003, senior Iraqi Christian leaders tell me, there were only about four to six hundred known born-again followers of Jesus Christ in the entire country, despite an estimated seven hundred fifty thousand nominal Christians in historic Iraqi churches. By the end of 2008, Iraqi Christian leaders estimated that there were more than seventy thousand born-again Iraqi believers."[7]

As many are aware, the expansion of Christianity has been greatly hindered more recently in Iraq. Don't be mistaken, this martyrdom and brutality will ultimately give way to more Christians in the land once known as Babylon.

The whole Islamic world is currently shaking. We have already discussed some of the amazing advancements that are taking place in several of Arabic nations. These are where the greatest signs of revival are evident. Nevertheless, on a lesser level, other Islamic nations are also experiencing a tremendous stirring within their borders. One of these is Algeria. Rosenberg recounts the recent upsurge in Algeria, noting that:

"More than eighty thousand Muslims have become followers of Christ in recent years. ... The surge of Christianity has become so alarming to Islamic clerics that in March of 2006, Algerian officials passed a law banning Muslims from becoming Christians or even learning about Christianity, and forbidding Christians from meeting together without a license from the government."[8]

Algeria is beginning to come alive with the gospel like much of Northern Africa.